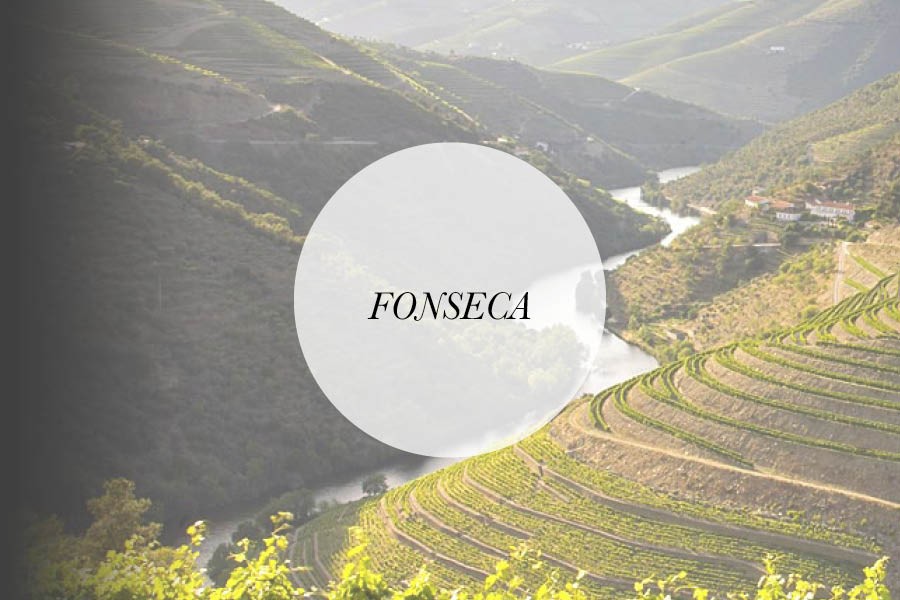 ‘The vintage Ports of Fonseca are perhaps the most consistently great of them all. Not only do they have a striking fleshiness and powerful richness when young, but they retain that youthfulness for decades.’

Fonseca is one of the great port lodges, producing the most exotic and most complex port. With its lush, seductive character, one might call it the Pomerol of Vintage ports.’

Fonseca belongs in the first league of vintage Port houses. Few Port profucers have maintained such consistency of quality and style from vintage to vintage.

Since the emergence of Vintage Port as a great classic wine in the first half of the 19th century, Fonseca has been one of its most admired and consistent producers.  The release of the legendary 1840, the first Vintage Port sold under the Fonseca name, marked the start of a steady stream of magnificent vintages which continues to this day.  It has included such icons as the Fonseca 1868 and the extraordinary 1927, 1948, 1977 and 1994, all four of them 100-point wines.

Four families have shaped the company’s destiny since its foundation in 1815. The story begins with the Fonsecas and Monteiros, the original founders of the business. Then came the Guimaraens family who led the firm for over a century and first established its reputation as a ‘first growth’ Vintage Port house.  And finally the Yeatmans and their descendants who steered the company successfully through the second half of the 20th century and into the new millennium.

While for the collector or connoisseur, Fonseca may be synonymous with Vintage Port, to many wine lovers around the world it is best known as the producer of Bin No.27, one of the most popular Ports ever made.

Over the years, Fonseca’s determination to preserve and refine its distinctive house style has drawn it ever closer to the vineyard. The last three decades of the 20th century saw it invest in vineyard ownership and take a leading role in vineyard renovation in the Douro Valley. Fonseca’s three estates, Panascal, Cruzeiro and Santo António, with their distinctive terroirs, have a key role in defining the unmistakable character of the firm’s wines. Fonseca also became a pioneer of organic and sustainable viticulture, helping to conserve the unique ecosystem and landscape of the valley for future generations.

As it approaches its bicentenary, Fonseca can take pride in its past and look forward to the future with confidence. Wine drinkers increasingly seek wines of authenticity and character with a genuine story to tell and made by creative winemakers who understand their terroir and respect the environment.

The wine critic James Suckling, author of the most comprehensive book on Vintage Port written to date, once described Fonseca as ‘the Bentley’ of Vintage Port, meaning the producer of wines for the connoisseur and enthusiast. Like the famous luxury cars, Fonseca Vintage Ports are thoroughbreds, the result of craftsmanship and skill, but also of passion and creativity. As it has since the mid-19th century, Fonseca continues to be defined by its position as one of a very small handful of top Vintage Port houses, a producer of wines by enthusiasts for enthusiasts.

From the legendary 1840, Fonseca's first Vintage Port release, to the superb declared vintages of the last decade, the house has produced a succession of highly acclaimed wines even in the most adverse moments of history.

James Suckling, in his authoritative book on Vintage Port, put it as follows: 'The vintage Ports of Fonseca are perhaps the most consistently great of them all. Not only do they have a striking fleshiness and powerful richness when young, but they retain that youthfulness for decades.'
This consistency derives not only from continuity of family involvement, and the knowledge and skill passed down from one generation to the next, but also a close link with the vineyard. The firm's three estates of Cruzeiro, Panascal and Santo António are the heart of the distinctive character of Fonseca's Vintage Ports.
Fonseca's respect for the vineyard and the unique environment of the Douro Valley expresses itself in the firm's leadership in the field of sustainable and organic viticulture. It was the first house to offer a Port made entirely from organically produced grapes.

However for many wine enthusiasts around the world Fonseca is best known as the producer of Bin No.27. This fine reserve Port, launched four decades ago, is one of the most popular and successful Port blends. Sharing the heritage of the great Fonseca Vintage ports, it displays the opulent fruity character which defines the Fonseca house style.

Perhaps more than any other Port house, Fonseca has built a loyal community of Port enthusiasts who value its individuality and the inimitable character of its wines. These include connoisseurs, collectors, sommeliers and restaurateurs as well as those who simply enjoy drinking its wonderfully rich and complex Ports.

The two Pinhão Valley estates of Quinta do Cruzeiro and Quinta de Santo António, have supplied Fonseca for over a hundred years. Quinta do Panascal in the Távora Valley has a more recent association with Fonseca, but its wines perfectly complement those of the two Pinhão Valley properties as well as producing an exceptional single-quinta Vintage Port made exclusively from grapes grown on the estate.

The unique terroir of each quinta contributes its own distinctive character to the Fonseca Vintage Port blend. Cruzeiro provides the dense core of black fruit and tannin. This is enveloped in the rich succulent jammy flavours and velvety texture of the wines of Panascal and overlaid by the exotic heady scents of Santo António. The fusion of the wines of these three diverse properties explains the multi-layered and multi-dimensional quality of Fonseca Vintage Ports and their ability to continue releasing surges of opulent complex aroma over decades of ageing in bottle.

Fonseca's estates have also witnessed pioneering developments in organic and sustainable viticulture in the Douro Valley. Quinta do Panascal was one of the first properties in the valley to contain areas of vineyard with organic certification. Quinta de Santo António has been completely converted to the prize-winning sustainable vineyard model developed by the firm's viticulture team and is certified for organic production of both grapes and olive oil.