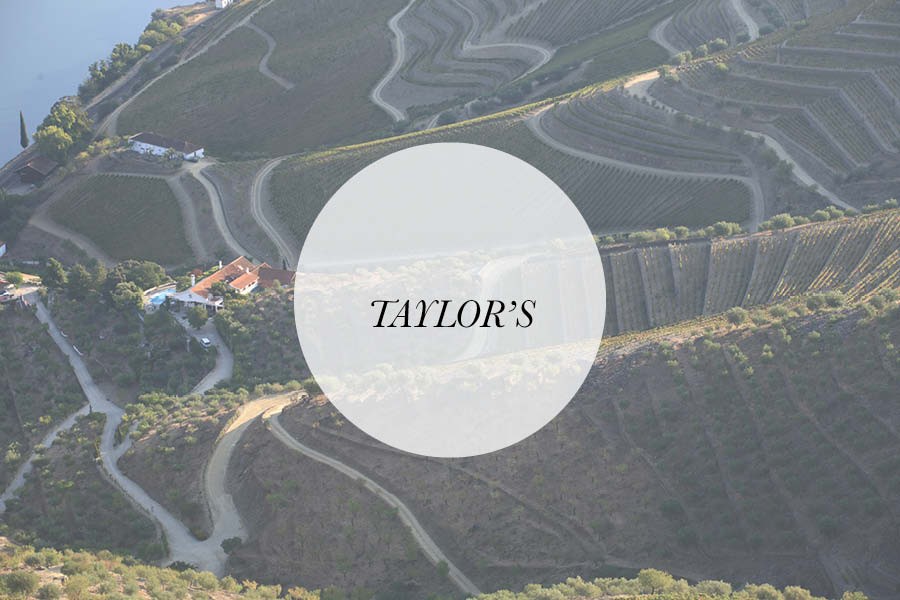 Their two Companies are to Port what Rolls Royce and Bentley are to automobiles. Fonseca consistently makes some of the very best wines in each declared vintage, while Taylor continues to attract premium prices in wine shops and auctions around the world.

For many, Taylor’s is the archetypal Port house and its wines the quintessential Ports. Established over three centuries ago in 1692, Taylor’s is one of the oldest of the founding Port houses. It is dedicated entirely to the production of Port wine and in particular to its finest styles.

Above all, Taylor’s is regarded as the benchmark for Vintage Port. Noted for their elegance and poise as well as for their restrained power and longevity, Taylor’s Vintage Ports are blended from the finest wines of the firm’s own quintas or estates, Vargellas, Terra Feita and Junco. These three iconic properties, each occupying a distinct geographic location and with their own unique character, are the cornerstone of the company’s success and the main source of its unique and inimitable house style.

Taylor’s is also respected as a producer of wood aged ports and holds one of the largest reserves of rare cask aged wines from which its distinguished aged tawny Ports are drawn. The house is also known as the originator of Late Bottled Vintage, a style which the firm pioneered and of which it remains the leading producer.

Above all, Taylor’s is an independent company in which some family members play a leading role in all areas of the firm’s activity. The firm’s long and unbroken family tradition has provided continuity and clarity of purpose, essential attributes of any great wine house. It has also allowed the skills and knowledge required to produce the finest ports to be constantly refined and added to in the light of experience as they are passed down from one generation to the next.

Based in Oporto and the Douro Valley the company is closely involved in all stages of the production of its Ports, from the planting of the vineyard and the cultivation of the grapes to the making, ageing, blending and bottling of the wines. The family’s commitment to the future of Portis demonstrated in its single minded dedication to the highest standards in Port production, its continued investment in all aspects of the firm’s operations and its determination to preserve the unique environment of the Douro Valley through the promotion of sustainable and responsible viticulture.

Since its foundation the company has remained independent. Now well into its fourth century, it has thrived and prospered, establishing itself as one of the world’s most respected historic wine houses. This has been achieved through the perseverance, pioneering spirit and continuity of purpose of successive generations of family involvement.

Quinta de Vargellas is pre-eminent among the wine estates of the Douro. Located in the wild and hilly eastern reaches of the valley, it has been prized as a source of the finest ports since the 1820s. Today it ranks among the great vineyards of the world.

Like those of Vargellas, the wines of the beautiful old property of Terra Feita are an essential component of the Taylor Vintage Port blend. The wines of Vargellas, sophisticated and aesthetic, provide elegance and finesse with their wonderfully pure and complex fruit, characteristic scent of violets and sinewy but beautifully integrated tannins. The wines of Terra Feita, on the other hand, express a sensuous hedonism and earthiness.

The magnificent old estate of Quinta do Junco is among the most well-known of the historic Pinhão Valley vineyards. Many visitors first encounter Quinta do Junco when taking the winding road out of the village of Pinhão in the direction of Gouvães or Sabrosa. A few metres beyond the village, the road swerves sharply to the left up a narrow wooded side valley. On the opposite side from the road, the hillside seems to rise almost vertically and it is here that the vines of Quinta do Junco are planted. From the road the view is an impressive one. Tier upon tier of terraced or vertically planted vineyards rise from the foot of the valley to the quinta house, which looks down on the estate like a miniature Tibetan monastery from its precarious vantage point at the top of the hill.

In addition to making wine from the produce of its own quintas, Taylor’s also purchases grapes from estates owned by its partner grape growers.

The wine from these grapes is made at the Nogueira winery, near the town of São João da Pesqueira. With good access from the high quality areas of the Cima Corgo and Douro Superior, it occupies a strategic location. The winery itself is one of the most advanced in the Douro Valley and is equipped with innovative fermentation tanks designed by the Taylor wine making team. These tanks, whose prototypes were developed at the research winery at Quinta de Vargellas, are equipped with a system of mechanical piston plungers which work asymmetrically according to a cycle customised by the wine maker for each individual batch. These keep the grapes skins in constant contact with the fermenting wine ensuring that the colour, tannins and aromas are gently but thoroughly extracted. The 32 fermentation tanks are of different sizes, giving the wine makers the flexibility to separate the production of each vineyard and preserve the individuality of the wines.