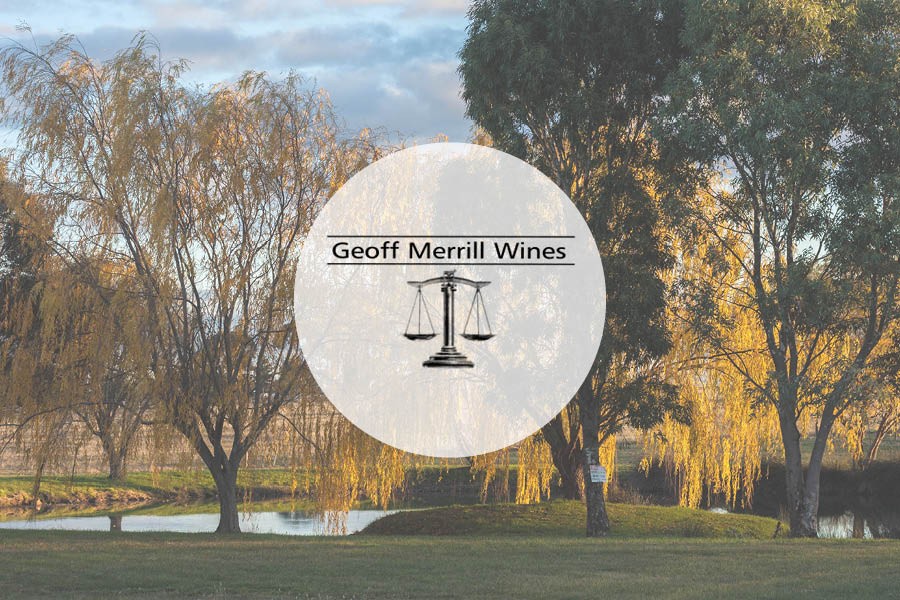 AVAILABLE THROUGH DWS IN THE STATE OF WESTERN AUSTRALIA ONLY.

I have been making wines under the Geoff Merrill label since the 1980 vintage and in that time my commitment to releasing wines to be enjoyed at the table has never changed.

Mount Hurtle Winery, (the home of Geoff Merrill Wines) history begins over 100 years ago when it was built by a young Englishman, Mostyn Owen, who purchased 200 acres of prime Reynella Hillside and built a winery in 1897. It was set in the Hurtle Vale Ward just behind Reynella (Hurtle Vale was named after Sir James Hurtle Fisher, the first Mayor of Adelaide). Of these 200 acres, 150 were planted with vines. Mostyn Owen ran the winery and vineyards until he passed away in the mid 1940’s.

The winery was innovative for its time, using the principles of gravity to feed wine throughout the cellars. Because of this, the building is state heritage listed.

Today, Mount Hurtle Winery is an oasis among suburbia. Nestled in four acres of vineyards and landscaped gardens it is hard to believe when Geoff Merrill purchased the winery, it was a derelict building and had been used as a stable for many years.

It required two years of love, hard work and a special vision by Geoff and his supporters to restore the winery and vineyard to its former glory.

Today a large family of geese and ducks inhabit the winery grounds and dam near the front entrance to the estate.

While retaining an almost Tuscan charm, the original winery and the 1500 square meter barrel maturation cellar, completed in 1998, cope perfectly with the rigors of modern day winemaking.

The Geoff Merrill winemaking philosophy has been and always will be, to make wine that allows regional, varietal and vintage expression, without excessive winemaker intervention.

Great wine is a matter of balance and our passion for subtle, elegant and harmonious flavours in wine is well documented, and hence, the use of a set of scales as part of our corporate logo.

We believe that maturation, both in cask and particularly in bottle, at our cellars prior to release, plays an important role in achieving this aim.

The premium red wines from Geoff Merrill will generally be released 3 years after harvest, while our reserve selection and Henley will be held in our cellars for up to 5 – 6 years prior to release.

Shiraz and Cabernet Sauvignon. However, our full product range consists of three tiers: The Premium Regional Selection, The Reserve Selection; exceptional parcels of wine with extended maturation in our cellars, and the pinnacle, The Henley Shiraz.

Geoff Merrill’s Henley Shiraz, named in honour of Geoff’s grandfather, is one of Australia’s distinguished, elite red wines amongst the high-end wine connoisseurs and investors. Only a strict barrel selection of our best of vintage McLaren Vale Shiraz is used for this exclusive and limited range.

Geoff Merrill Wines has vineyards in some of Australia’s classic viticultural regions, Pimpala Vineyard and Wickham in McLaren Vale, and Graymoor in Coonawarra, totalling 45 hectares.

The individual growing conditions of each site affords us the unique opportunity of being able to release wines highlighting the best of what each site has to offer.

The Estate Grown – Single Vineyard, Pimpala Vineyard is a small 4 acre vineyard surrounding the Mount Hurtle winery, planted with cuttings from the Reynella nursery in 1985, (60% Cabernet Sauvignon 40% Merlot). The Reynella Cabernet Sauvignon, a clone we believe is the oldest in Australia.


If Geoff Merrill ever loses his impish sense of humour or his zest for life, high and not-so- high, we shall all be the poorer. The product range consists of three tiers: premium (varietal); Reserve, being the older wines, reflecting the desire for elegance and subtlety of this otherwise exuberant winemaker; and, at the top, Henley Shiraz.

Geoff Merrill was born in 1953 and was raised on a sheep station in the far north of South Australia until he was 11 years old. The Merrill family then moved to the Barossa Valley where Geoff’s first links with the wine industry were formed.

His formal education was gained at local Barossa Valley Schools and the Institute of Technology in Adelaide.

From 1970 to 1973 Geoff undertook a winemaking traineeship at B Seppelt & Son. A position as Experimental Winemaker with Stellenbosch Farmers Winery lured him to South Africa for a year in 1974, after which he travelled through Europe.

By the end of 1975 Geoff was back in Australia and had joined Chateau Reynella as Assistant Winemaker. In 1977 he was promoted to Senior Winemaker, a position he held until 1985.

Whilst working a Chateau Reynella Geoff also managed to find the time to make wines under his own “Geoff Merrill” label. These wines were first released in 1983 with the 1980 Cabernet and 1981 Semillon.

Since 1988 Geoff has concentrated on the winery and his wines. He has continued to gain national and international recognition for his distinctive style of winemaking and his zest for life.

September 1993 marked a new stage in Geoff’s winemaking career as he took up a position as a Consultant Winemaker in Italy to UK supermarket Sainsbury and Gruppo Italiano Vini in Italy.