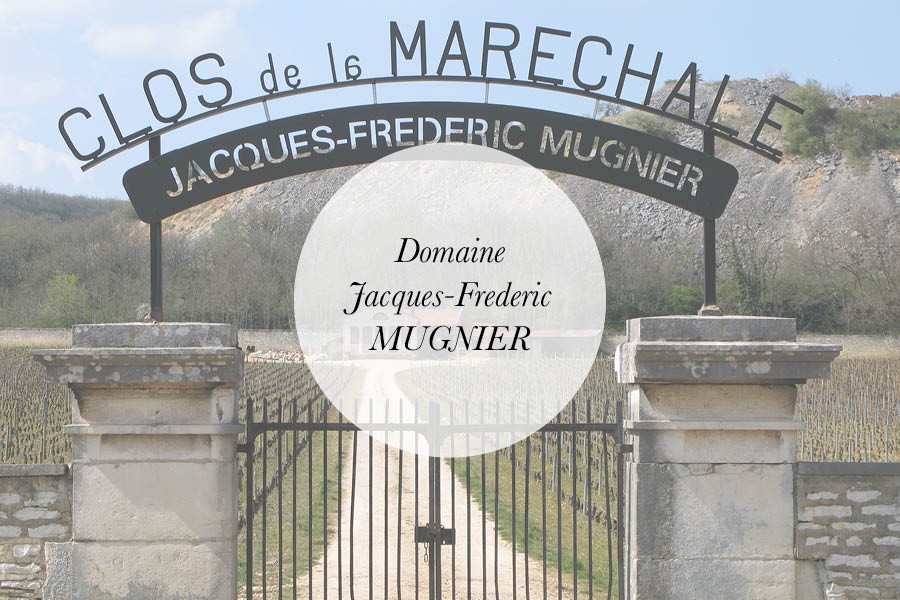 Frédéric acquired the Château de Chambolle-Musigny in 1863 from the Marey-Mange family, along with a few hectares of vineyards. The family added the Clos de la Marechale in 1902. The Domaine was managed for a period by Maison Faiveley and later by Bernard Clair, the cask wine being sold off in barrel to negoces. Although Fréd’s father occasionally visited the Château, especially after his retraite in 1977, he remained very removed from the winemaking and the vineyards.

Although Fréd’s father had died in 1980, it was not until 1984, at the age of almost thirty, that Fréd Mugnier heeded the Sirens of the vineyards whilst on a sabbatical.

Founded in 1863 by Frederick MUGNIER, liqueur in Dijon, the area includes the early twentieth century nearly twenty hectares spread over Chambolle-Musigny and Nuits-Saint-Georges. It will be operated jointly with the plant liquors by son and grandson of Frederick until 1949. Prior to the creation of designations of origin, in 1878, the estate's wines are sold under the labels bearing the single mention "Castle Chambolle-Musigny", according to the Bordeaux example.

In 1950, Jacques-Frédéric MUGNIER, great-grandson of Frederick, born in 1923, sold the business of liquors, although weakened by war and economic hardship, and entrusts leased the vineyard, reduced over the inheritance, a large house of Nuits-Saint-Georges wine.

Jacques Frederick MUGNIER takes the direct exploitation of Chambolle vines from 1978 until his death, and in 1985 MUGNIER Frederick, son of Jacques-Frédéric, takes full responsibility for the family estate.

The last phase of the rebirth of the area occurs in 2004 with the return to operation of the Clos de la Marschallin in Nuits-Saint-Georges. On this occasion the vine box misses a shot from 4 to 14 hectares. The estate then opt for a broad new winery and expanded his team.